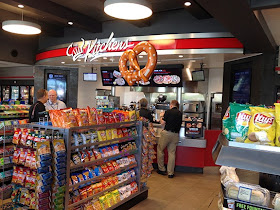 Putting the gas back in gastronomy.


It may sound blasphemous, but if we’re being honest, QuikTrip is our favorite gas station restaurant. We love the roller grill wonderland, and QT certainly gets you in and out quicker than Oklahoma Joe’s, even if they don’t have a Z-Man.


And now they’re launching QT Kitchens with a slew of new made-fresh-to-order items in a bunch of locations around town. Your Lunch Bloggers were excited to attend a tasting event where we could check some of them out. 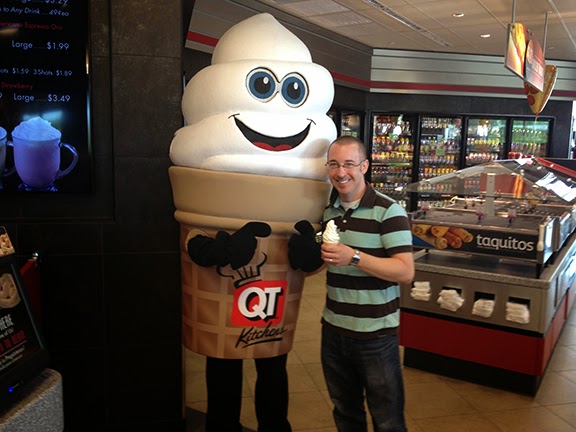 Held at a new QT the day before it opened, we arrived and were told to step up and use the touchscreen to order whatever we wanted. This may be the closest we ever get to a Wonka’s Chocolate Factory experience.


We even got to hang out with an anthropomorphic ice cream cone who didn’t seem to mind a bit that Robert ate a tiny him. He gets it. He’s delicious. Here’s the rundown on everything we had. 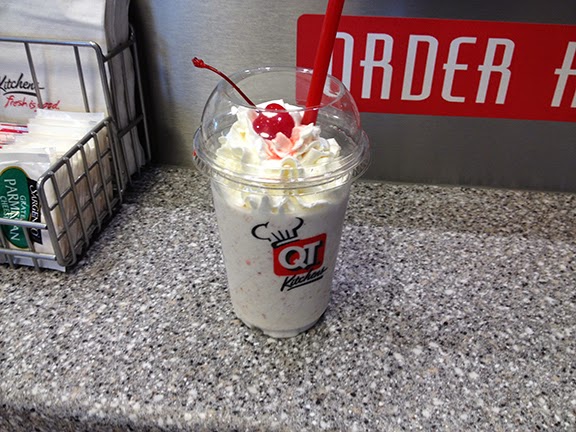 Bac’n Shake ($3.49)
Despite the event being in the a.m., we started things off with a milkshake, as it is totally legal to get a milkshake for breakfast if it has breakfast food in it. Of course, we were going to get this first anyway, because bacon.

Apostrophe notwithstanding, the Bac’n Shake has four real strips of bacon blended into it. The first few sips tasted mostly like maple syrup, but then the bacon kicked in and wow — it’s salty, sweet, a little smoky and way better than it has any right to be.

Please know the Bac’n Shake is a limited time offering, and once it’s gone, it’s totally going to be the thing we all crave on a daily basis. This is what’s known as the Shamrock Shake Principle. If QT ever makes a chocolate bacon variety, it’s all over for us. 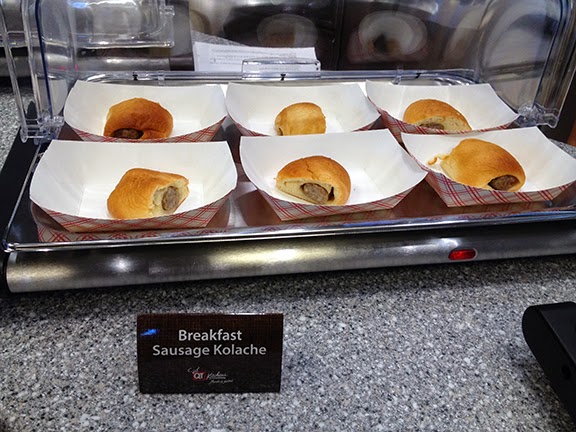 Kolaches ($1.99 each, sample size pictured)
The dough on these had a chewy consistency that reminded Shaw of our sorely missed Gumby’s Pizza, and that is absolutely meant to be taken as a compliment. We preferred the sausage kolache to the bacon, egg and cheese variety, as it featured more breakfast meat heft. 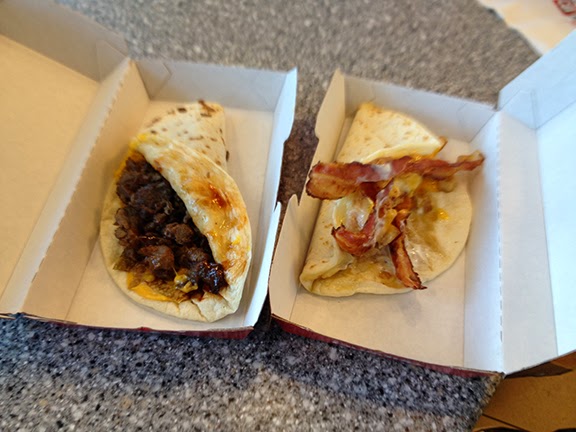 Flatbreads ($3.99 each)
Seeing as we live in Kansas City, we’re normally against anything barbecue that isn’t from an actual barbecue joint, but Robert couldn’t pass up the crispy jalapeno straws the Spicy BBQ Steak flatbread comes topped with. He could eat those by the bucketful.


That particular flatbread had a bit too much heat for Shaw, so he went with the Chicken, Bacon & Ranch, which is topped with cheddar and Swiss. Bonus points for bacon that’s actually crispy — clearly QT’s bacon engineer knows what he’s doing.


Both were fine selections, although unlikely to make it into the rotation. We would, however, be very interested to see them realized in roller grill form. 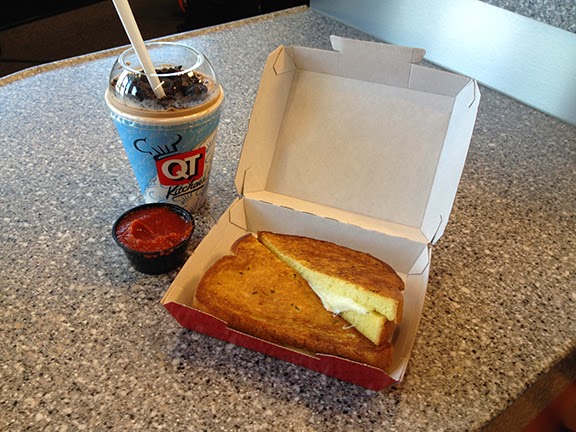 Italian Three Cheese Toasted Sandwich ($3.99)
Kansas City’s best grilled cheese is at the Westside Local and involves a ridiculous amount of brie, emmentaler and white cheddar that will set you back $11. But if there was a $4 version, it might taste like this.


QT makes this sandwich with fontina, mozzarella and provolone, melted to the point where it’s oozing out from two slices of buttery garlic toast. Get it with marinara sauce for dipping.


Real Fruit Smoothies ($3.49)
At this point, Shaw felt the need for something healthy, so he ordered up a mango peach smoothie with fruit juice (also available with yogurt), and added an antioxidant enhancer (.49¢). It’s big time tasty, a great deal at the price and a nice alternative to the soda wall.


Meanwhile, Robert has never had a smoothie nor does he ever intend to, so he got a chocolate QT Twister with Oreo mix-ins ($2.89). Although with that plus the Bac’n Shake taking effect, he was too sugared up to say much about it.


Pizza ($4.99)
Finally, Shaw got a personal supreme pizza to go. The pizza is solid, right up there with a DiGiorno as far as taste goes. Definitely better than your typical sporting event vendor personal pizza. Perfect if you want an inexpensive pizza but don’t own an oven and/or can’t wait 15 minutes.


There’s lots of good stuff to be had from QT Kitchens. It comes out in a jiffy, too. That Italian Three Cheese will be a go-to item if we ever need a break from rolling food.


Only thing is, we never need a break from rolling food.

Thank you to our friends at QuikTrip for the invitation. All food was provided gratis.
Robert & Shaw at 1:57 PM
Share