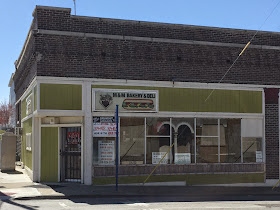 All that and a pointless sized bag of chips.

There’s no way I can resist a sign that says “Home of the Hook ‘Em Up.” It promises a gigantic sandwich, as well as a zesty approach to the art of sandwichery and that of life itself.

So Shaw and I ventured to M & M Bakery & Deli a couple of Wednesdays ago to get hooked up. A sign at the counter filled us in on the details of the house specialty. But even more intriguing was the sign right by it for the CEO. 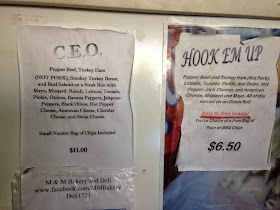 Your eyes don’t lie — it takes eight lines of a not unreasonably sized font to list all of the CEO’s ingredients. We decided to order a Hook ‘Em Up and a CEO and split them. 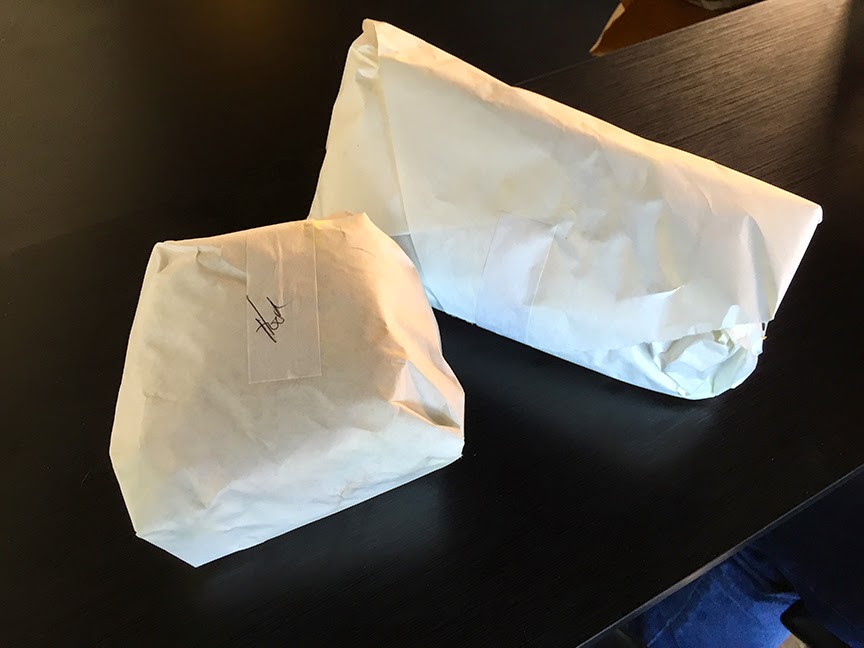 Setting the larger sandwich down at the register, I helpfully told the cashier, “It's a CEO.” To which she looked me straight in the eye and replied with all the sarcasm, “Really?”

It was roughly the size of a football — of course it was the CEO. The cashier also gave us our chips, which are those Lay's school lunch bags that contain four chips total at most.

Unwrapping the CEO, we discovered a party sub amount of toppings on a bun that could just barely hold them all. “Like when you see a big guy wearing a tiny hat,” Shaw said. 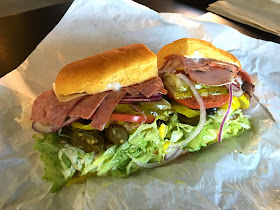 It’s best to eat this sandwich like a boss without setting it down, or else you risk the whole thing falling apart. The vinegary pop of the pickled peppers go a long way toward stopping it from getting too overwhelming and cleansing the palate for the next bite.

And while fatcat amounts of toppings may be the point, M & M could stand to leave off the ranch dressing. CEO’s don’t eat ranch. 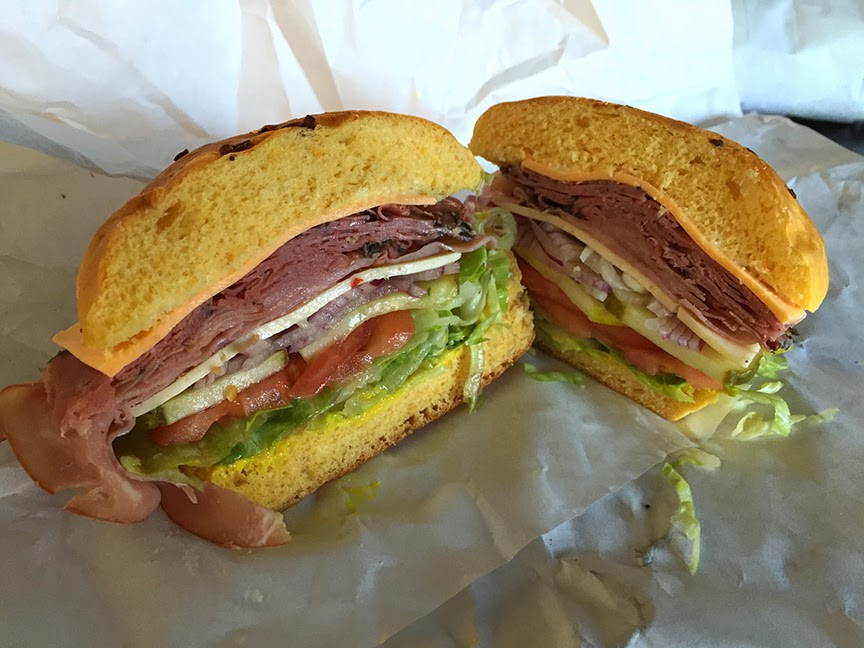 Compared to that behemoth, it seems like M & M gave the Hook ‘Em Up the wrong name. It’s still a handful and plenty delicious, though, thanks chiefly to the sweetness of the onion roll. The CEO has that Hawaiian bread flavor too, but on the smaller-but-don’t-call-it-small Hook ‘Em Up, it's not fighting against so many other things for recognition.